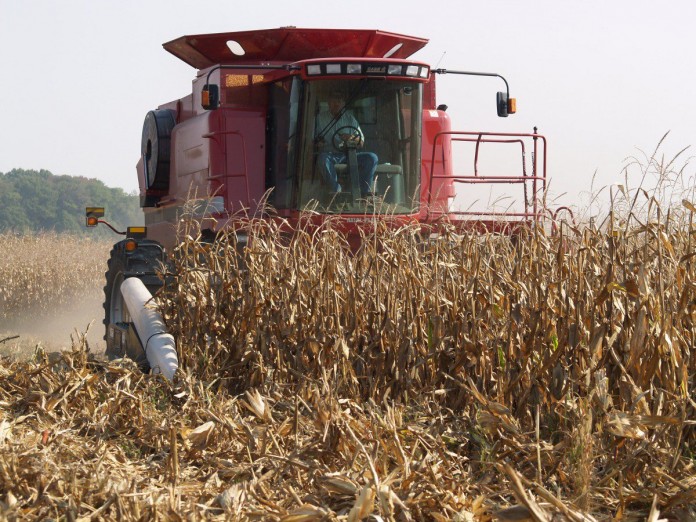 Two cargoes of corn shipped to China were rejected over the weekend. This created a kerfuffle in the markets, resulting in a quick drop in prices of corn, with soybeans and wheat following.

The result was new contract lows in all corn contracts, and a continuation of the down trend just when it looked like we were turning higher.

The cargoes were rejected for containing a non-approved variety of GMO corn. The fact that it is in the process of being approved, and will likely be on the list for next year did not matter.

The ripples from this rejection are spreading, with talk that it may extend to a state ban on soybeans for government storage as well.

The China market has long had a disproportionate effect on the emotions of grain trading.

For 10 or 15 years, every national meeting I went to featured some speaker on the coming boom of trade with China, especially in soy and soy products. Finally this talk developed into real exports, and they have been a cornerstone of our marketing.

The U.S. has supplied 94 percent of all China’s imports so far this year. We don’t want that to change. We are trading our corn for some of the T-bills they are holding, in effect.

The three months since have seen a steady decline in prices, as the market dealt with a crop that seemed to be getting bigger and with news such as the proposed cut in the ethanol mandate to last year’s level that would limit usage of corn.

So, once again we can talk about the harvest low, except that we have to worry that the actual low is not in, and may not be seen until anticipation of the January Inventory Report by USDA.

A crop that keeps getting bigger gets bigger statistically until that report. The worst may be in the market before then as we anticipate the final number, or the January report can still be a surprise.

Struggling with the size of the corn crop is a worldwide problem.

Yesterday, Dec. 2, there was news that Brazil is considering making ethanol out of their corn, which is cheap and in surplus.

Brazil has long been an ethanol pioneer, going back to the ’70s, but they have concentrated on the use of sugar cane.

The result of corn going into ethanol would be a decrease in the worldwide supply of corn, but the ethanol could be exported to the U.S. to compete with our domestic production.

So, the initial reaction is that using up the corn is good, but nothing good actually comes out of overproduction of corn as it applies to price.

The producer should be reminded, however, that a huge crop of cheap corn always comes out in the pocketbook ahead of a poor crop of high-priced corn. When farmers in Ashtabula County on average ground are producing 200-bushel corn, the budgets are still working out.

Looking at the other crops, soybeans have been trying to be in an uptrend, unlike corn.

Even with the break, this is an opportunity to sell beans. The futures markets are inverted, and this is a sell signal.