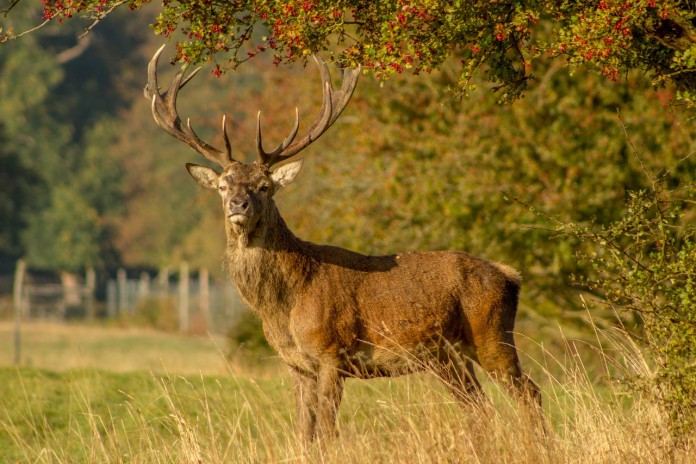 The major gripe from people who don’t favor deer meat is that it’s too “gamey-tasting.”

Obviously, there are those out there who prefer the natural flavor to any form of masking or altering it through preparation techniques. However, what a lot of venison consumers don’t realize is that the taste of the meat is often affected more by how it’s managed and preserved than simply how it’s prepared.

Here are some tips to reduce the gamey taste of venison and ensure the deer meat you’re consuming is nothing short of high quality.

Incidentally, the quality of the meat starts with the deer. Just like beef depends on the age and food source of the the cattle, venison relies on the same factors in deer.

Age: If you consider butchering cattle, you know the most mature steer in the herd — past its prime — probably isn’t going to make the best steaks. Generally, those guys become ground beef because the meat is tougher as a result of age.

The same concept applies to deer. Sure, a lot of hunters want to shoot the buck with the biggest antlers. Just keep in mind he may not taste the best. As deer age, their muscles become stringier and tougher. Additionally, the larger bucks spend more time fighting and are generally leaner than their younger counterparts.

The same concept can be applied for an older doe that spent her spring and summer nursing fawns.

Older deer are better used to make hamburger, sausage or jerky. You’re best bet is to nab a younger buck — anywhere from a year to two years old — if you want tender venison to fill your freezer.

Food source: The old adage “you are what you eat” comes to mind here. It works the same for deer. The deer with the more readily available food source can gorge themselves all summer with less work involved. A lot of times this means the young deer that spent their time eating corn or soybeans out of an unsuspecting farmer’s field. With easy access to a nourishing food source, these deer tend to taste less “gamey” than those who had to forage. Corn-fed deer aren’t as lean and have a milder taste than those that eat acorns or sage.

Some hunters will put out food for this reason; however, you should be aware of the downfalls of deer corn and other supplemental feeding methods before providing it. Learn more by reading Feeding corn to deer could be death sentence and Feeding deer corn is not the best thing to do.

Sex: Both age and food source are good determinants of what your venison will taste like regardless of the sex of your trophy. However, because of hormone differences sex does play a role. Does are generally smaller and provide less meat, while testosterone makes their male counterparts meatier and gamier.

The time between pulling the trigger and removing a deer’s internal organs will most certainly be a determining factor in the quality of your meat. The quicker the entire process, the better your venison will taste. Oftentimes, undesirably strong flavor is a direct result of delayed field dressing or failure to cool the carcass promptly.

Shot selection: Shot selection becomes important because the sooner your deer can be field dressed the better its meat will taste. A deer that’s hit, but doesn’t go down can run for miles, building up lactic acid in its muscles before dying. Head shots, while more difficult, are ideal when hunting deer for meat because the animal dies instantly and the meat isn’t contaminated by blood and bile from the chest cavity. However, they are risky and many hunters like to mount their trophy. For those reasons, the lungs are a prime target.

Postmortem: As soon as the deer is dead, remove the intestines, lungs, liver and heart. Then cool the carcass quickly and keep it cool during processing and transport. Make sure to keep the carcass clean by getting it off the ground quickly and using clean utensils to dress it. To find step-by-step instructions for field dressing, visit Clemson Cooperative Extension. For a more detailed description of field dressing, check out Penn State Extension.

It’s important to get the carcass off the ground as soon as possible by either hanging it or propping it up on logs or rocks. You want to remove all foreign particles and wipe the cavity of the deer out to lesson bacteria growth, promote cooling and reduce the amount of blood soaked into the meat. To clean the inner cavity and prevent spoilage, wipe out excess blood with a clean cloth and as little water as possible.

The first step in decomposition is bloating caused by gasses produced by the rapid growth of bacteria after death. Removing the deer’s vital organs through field dressing is step one to cooling its body. The rest depends on temperature.

Aged meat is often more tender and flavorful. To properly age your carcass, you need to hold it between 34 and 37 F for one to two weeks.

Clemson Cooperative Extension provides useful aging tips, as well as suggestions on when not to age your venison. Here are some guidelines to follow:

Tools: Before you start trimming the fat off your deer, the best thing you can do is make sure you have clean utensils. Rather than using one blade for field dressing, skinning and trimming, it’s best to use separate knives for each stage. This reduces the chances you’ll contaminate the meat.

Trimming: Whether you’re planning to use the meat for hamburgers or steaks, it’s best to remove any fat, silver skin, bone, hair or connective tissue holding muscles together. What you should be left with is red meat free of additives that produce a “gamey taste.”