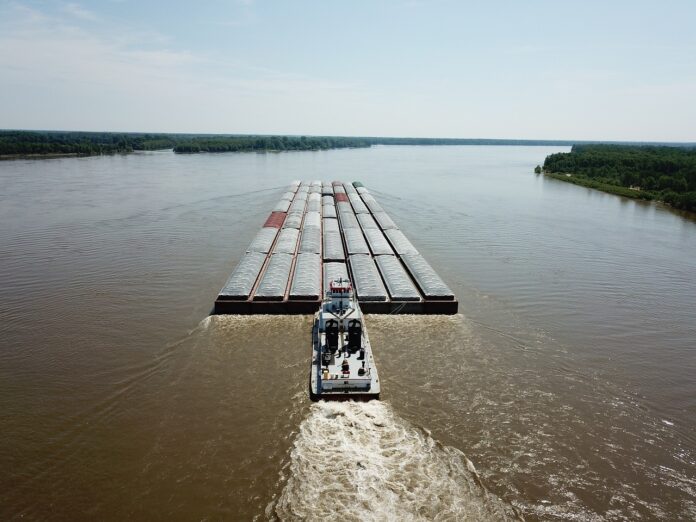 Hanging over the grain markets the last few months have been two transportation issues that threatened to stall grain movements in the country.

First, we had the natural disaster of a very low water level in the Mississippi River system. Drought in the Midwest had contributed to the water at Memphis being 12 feet below normal, with 13 feet representing a complete stop to barge traffic.

The water levels had led to barges shipping at half of normal capacity, resulting in a backup of grain and higher freight costs. Barges going up the river with fertilizer were impacted in a similar way.

Then, we had the threatened national rail strike that impacted not just bulk freight, but also a high percentage of all manufacturing input and consumer goods. After the elections, it became clear that all of the 12 unions involved would not ratify the agreement that had been proposed. Consequently, Congress passed an emergency bill forcing the unions to accept the terms of the agreement.

So, we have dodged a couple of marketing bullets. The river has recharged to near-normal levels below Memphis. The end of the shipping period on the Northern River is at an end anyway, as it is time for it to begin to freeze up and prevent navigation. The rail system may be subject to some protest slow-downs, but it will be running.

Besides the transportation negatives, we have seen the second-lowest weekly exports of the current marketing year. We saw an EPA report on expected ethanol production that did not raise our expectations, although cellulosic biofuel showed large production expectations.

We will produce 630 million gallons from biomass this year and are now projected to be producing 2.13 billion gallons by 2025. Of course, this helps our renewable energy position, but it does not come directly from corn.

The slowdown in our economy and the shutdowns in China lead to reduced demand for gasoline and diesel. Drop the gas price, and you drop the value of the 10% by volume that is ethanol.

The one good piece of news in corn markets was the emphasis by Mexico that, yes, they will ban non-GMO corn in 2024 as was feared, but only in food.

Since our exports to Mexico are almost entirely #2YC, and the food corn is non-GMO, the fears of how we could resolve this issue with our largest corn trading partner have gone away.

It remains to be seen how the Dec. 2 WASDE report from the U.S. Department of Agriculture will affect markets, if at all. The market is expecting a bump in ending stocks, but we will have to wait to see.

The soybean markets did not see a drop like the corn markets. In fact, we actually saw January futures up 23⁄4 cents for last week. There, the markets were dominated by weather news from South America.

We had a good rain week for a change, and prospects now are for a 154 MMT Brazilian crop instead of the 125 of a drought-ravaged crop this last year. It should be noted that we are expecting a return to dry conditions. The dry area is more in Argentina than in Brazil, where there is talk of a switch to late corn with the dry conditions.

An interesting sidebar to the South American impact on markets is the effect of the Argentine decision to reinstate the special soybean exchange rate. The official rate is 165 pesos per dollar, but soybeans are traded at a rate of 230 pesos per dollar. This negates the drag on the market caused by the weak currency.

The temptation for farmers is to hold soybeans during periods of a weakening peso, as the beans become a sort of “hard currency” as long as they are in the bin. The special exchange rate gives farmers the ease to go ahead and sell.

China’s purchases are a matter of speculation this year. Will we see decreased demand for soy products in China with the COVID lockdowns, or will the Chinese be committed to the current diet? In either case, they will switch origins to South America when the crop becomes available, so the fact that we seem to be having good exports may not last forever. Last year, with the drought, China bought from us later than normal.

March futures are currently trading at $7.641⁄2, up three and a half cents. Wheat prices have been sick since September, and the market seems to ignore Ukrainian problems.

We are having real production problems in the heart of the Great Plains, with continued drought. The market can’t ignore this forever, although the WASDE report may show that other parts of the world are doing well.