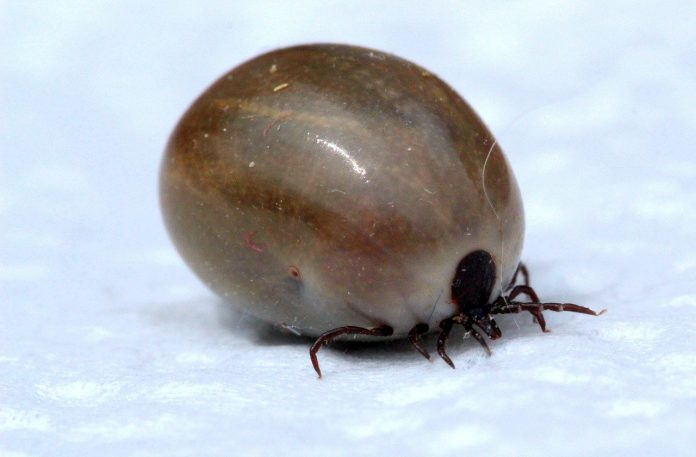 Periods of warm weather followed by periods of extreme cold are most effective in reducing tick populations because ticks are lured to the surface without time to take cover before a deep freeze. Without these periods of harsh winter weather, tick populations have been able to grow and expand into new regions of the United States and Canada. Outdoorsman, hikers, pet owners and those living near high volumes of ticks are more and more likely to come into contact with them.

Warmer winters mean more interactions between humans and ticks, but they don’t have to mean increased odds of contracting a tickborne illness. We just need to be more knowledgeable about the types of ticks in our region, more aware of the prevalence of disease in local tick populations and more vigilant about checking for ticks after spending time outdoors. Understanding risk and reducing exposure are key to avoiding tickborne diseases.

Getting to know the types of ticks in your region. There are over 800 species of ticks worldwide and over 90 that can be found within the U.S. Different ticks transmit different diseases. Knowing what types of ticks live in your region will help you determine which tickborne illnesses you’re most at risk to contract and what kinds of symptoms to expect.

The blacklegged deer tick, American dog tick, lone star tick, Asian longhorned tick and Gulf Coast tick have been found in Ohio. Twenty years ago, the American dog tick was the only tick in Ohio considered to be of medical importance to humans, pets and livestock. Now, American dog ticks have established populations statewide, blacklegged deer ticks can be found statewide with the highest density populations in the eastern side of the state, lone star ticks have established populations in the southern portion of the state, Gulf Coast ticks are being found more and more frequently in southwest Ohio and Asian longhorned ticks are expanding across southeast Ohio.

You can find more information on identifying the most common disease-carrying ticks in Ohio, the diseases they carry and the symptoms of those diseases here.

After finding and removing a tick, the first step in assessing risk is identifying the tick. Next, you’ll want to determine the prevalence of diseases in tick populations around your location.

The Ohio Department of Health tracks and reports tick instances on two fronts. First, it reports the number of ticks of each species identified and breaks those numbers down by county, allowing users to get an idea of how prevalent different tick species are in their county. Then, it reports the total number of cases of each tickborne disease and the frequency of disease cases in each county, which allows users to gauge what percentage of the tick population in their county may be carrying diseases.

However, with many tickborne diseases, the amount of time the tick was attached factors into your risk for getting sick. For example, if you remove a blacklegged deer tick within 24 hours, you reduce your chance of getting Lyme disease because it takes time for the bacteria to be transferred. The longer a tick is attached, the higher your risk for illness. You should always check yourself, your children and your pets after spending time outdoors in wooded areas and fields.

Being more vigilant about checking for ticks after spending time outdoors. Preventing tick bites is always the best way to reduce your risk for tickborne diseases.