WASHINGTON — From now through May 21, the National Archives is commemorating the 100th anniversary of President Woodrow Wilson’s Mother’s Day Proclamation.

The recognition includes a special featured document display in the East Rotunda Gallery of the National Archives Museum.

The exhibit features one of the hundreds of thousands of letters written by mothers seeking advice from the Children’s Bureau, a federal government office established in 1912 to promote the wellbeing of mothers and their children.

So much to juggle

One featured letter, written in 1920 by Mrs. Neil Williams — the mother of three children under the age of four — asks Children’s Bureau Director Julia Lathrop how to manage “all these scientific and hygienic duties for babies,” keep up with housework, and love and nurture her children.

“I love them until it hurts,” she explained, “and know that, when they are out of their babyhood, I can never forgive myself for not making more of these precious years.”

The 100th anniversary of the Mother’s Day Proclamation, in which President Wilson declared the second Sunday in May a holiday for the “public expression of love and reverence for the mothers of our country,” was May 9.

Located near displays of the original Declaration of Independence, the U.S. Constitution, and the Bill of Rights, the featured document exhibit is seen by more than 1 million visitors each year. 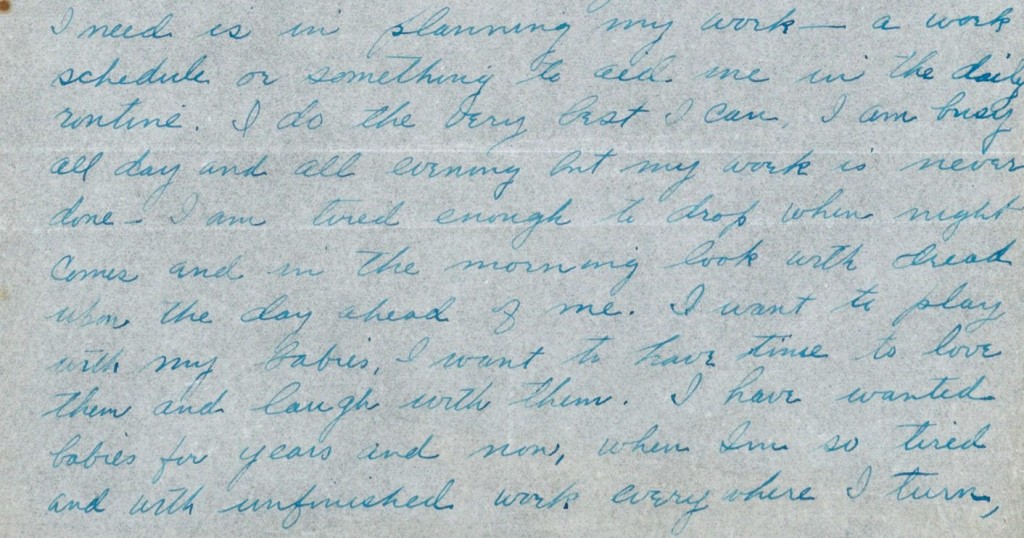