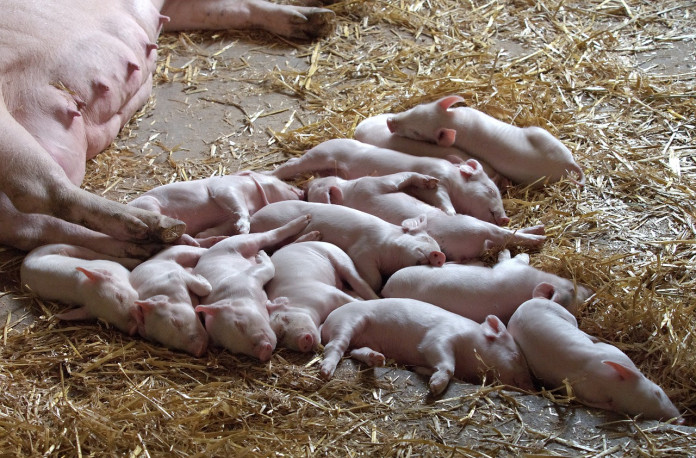 On Nov. 6, 2018, 12 million Californians voted, by a  63-to-37-percent majority, to establish minimum welfare standards for livestock and poultry products — chiefly eggs, pork, and veal — sold in the nation’s most populous state.

The initiative, called Proposition 12 (Prop 12), was an emphatic endorsement of two previous actions (one by voters in 2008; the other by the state legislature in 2010) on California animal welfare standards.

Their collective effect was to ban California businesses from selling “eggs and uncooked pork and veal” from “animals housed in ways” that did not meet the new state standards.

Those standards were, essentially, no battery cages for egg-laying hens and no gestation crates for sows. The battery cage law, in effect since 2008, has been widely accepted and almost every egg sold in-state is now from a cage-free chicken.

The gestation-crate law, however, has spent most of its four-year life in federal court. At issue, according to the American Farm Bureau Federation and the National Pork Producers Council, is the law’s “‘practical effect’ to control commercial conduct beyond California’s boundaries,” explains the Aug. 24 Agri-Pulse newsletter.

That means, the two groups assert, that every hog farmer in America must follow the California law if any hopes to sell pork in the Golden State.

While that sounds like a logical economic argument, no federal court saw it as a valid legal argument. The anti-Prop 12 litigants lost every hearing and every appeal, including their final one, in June 2021, when the U.S. Supreme Court declined to review the lower court decision.

So, no Supreme Court hearing, case closed, right? Not exactly.

In late March 2022, the Supreme Court agreed to hear arguments on an AFBF and NPPC petition over the constitutionality of the California law. (The hearing is scheduled for October.) The move jeopardizes Prop 12’s current legal standing and freezes its already-delayed implementation.

The Supreme Court action delighted AFBF and NPPC. Farm Bureau President Zippy Duvall said he was “pleased” with the Court’s move because “One state’s misguided law should not dictate farming practices for an entire nation.”

But does California’s Prop 12 actually “dictate” how every American hog farmer must raise hogs? California, after all, is only 13% of the U.S. pork market.

Hog farmers who have made changes in their production system to accommodate Prop 12 recently told the Associated Press that they didn’t think so. In fact, two hog farmers quoted in the September story — one from Ohio and the other from Illinois — view the law as a market-creating opportunity for them to “garner premium prices by selling specialty pork” into the California market.

And neither is a small operator: The Ohio farmer, according to the AP, “maintains a herd of about 1,500 sows,” and the Illinois farmer “raises about 40,000” animals a year.

As such, these profit-seeking, ag entrepreneurs who have invested heavily to shift their production toward higher value markets–just as farm groups, land grant universities, and lenders have urged for years–now see farm leaders undermining their efforts through federal courts.

“‘Every industry has to make changes to adapt to what the consumer wants, whether it’s the marketplace or legislation,’” the Illinois farmer told the AP. “‘Most would prefer the marketplace but they’” — 12 million Californians — “‘did vote on it, so someone needs to meet that consumer need.’”

Well, no, replies the nation’s largest farm group, AFBF, and its biggest hog group, NPPC, which both claim to represent family farms. “‘If consumers really wanted this,’” a NPPC lawyer told the AP, “‘they would be buying pork chops for $15 or $25 a pound, but they don’t.’”

If you follow this attorney’s logic — and not the law, his specialty — the NPPC and AFBF are simply saving Californians from making the expensive mistake of caring where their food comes from. Killing a profitable, new opportunity for farmers everywhere is just collateral damage.