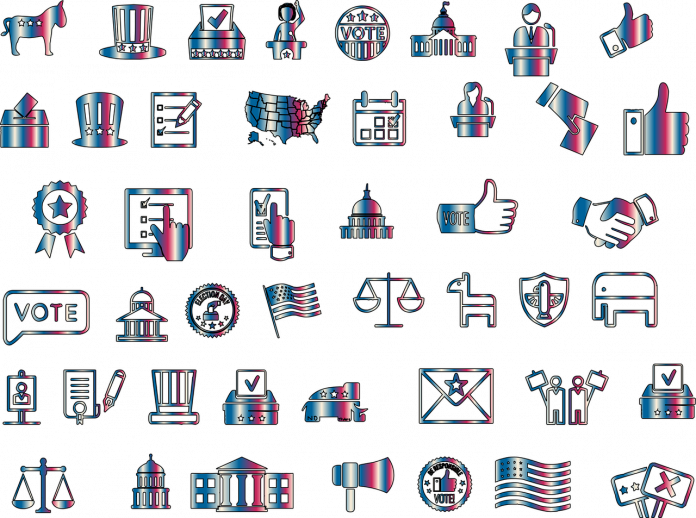 You might be from the country if … a milk truck crashed causing a power outage across two villages and as a result you voted by light of your cell phone in a church basement. That was BoyWonder’s voting experience. He’s a Boy Scout, an intrepid sort by nature, and knows that church like the back of his hand. It hardly phased him. He just shrugged, squinted in the dark, voted, and called it a day.

We were assured the truck driver was fine by the way.

Election day 2020 was very “notable” — 2020 is the 100 year anniversary of the ratification of the 19th Amendment that granted women the right to vote. Add in the presidential race, virus, an unprecedented rise in mail-in ballots and early voting, and the situation was ripe for noteworthy election news.

Ruth Graham, 108, voted for the 22nd time. Bea Lumpkin is 102 years old and has never missed an election.

These are women who were born before women even had the right to vote. They have now lived through the Great Depression, World War II, the civil rights movement and the Cold War. This is not their first rodeo, or, election.

Marie Brooks, 100, first voted in the 1940s. Now it’s 2020, and she joined five generations of her family at the polls just prior to Election Day.

Every one of these ladies was born at or before the time women had the right to vote in the United States. It is amazing to me that people are alive today who can say that.

Barbara Duvall, a youthful 99, voted for her first time after surviving COVID-19. That is stamina. You go girl.

The news was full of stories of Americans who went the extra mile — literally — to cast their vote. Of citizens who had every right to say they had done their part for decades and wanted to be done. Instead they walked, rolled, strolled and flew themselves right to the ballot box or mailbox so their vote would count.

Sade Onadiji boarded a flight from Chicago all the way to Houston, to cast her vote. As you do.

The rapper known as Lil Jon flew from Los Angeles to Atlanta to cast his vote after his absentee ballot didn’t arrive in time. I’m guessing he can afford the ticket but that still sounds like a hassle to me.

We have always enjoyed going to the polls. Our polling place for two decades has been our local church. In non-plague times, they also offer a rummage sale, homemade soup and a bake sale.

This year Mr. Wonderful was assigned travel out of town for election day. That meant that he had to vote early. For the first time ever, we drove to our county board of elections, waited in a line that wrapped around the building on a cold and snowy day, and cast our votes under the watchful eye of the board of elections staff.

It all felt very efficient and stable.

A nice woman said I did not have to scan my ballot into the machine myself. She graciously offered to do it under my watchful eye. “Have to?” Ma’am, I live for this.

I was also heartened to know that we still got stickers even if we vote early. I saved it carefully so I could wear it proudly on election day. Yes, I am that person. No, I do not care if you think I’m a nerd.

I am writing this Nov. 7, 2020. By the time you read this, God willing, we will know who the president elect is. At this point, the votes have been cast, and it’s all over but the counting.

What I want to focus on, instead, is how darned fortunate we are in this country. People are mad about all the fallout and foibles, but I see plenty to be pleased about.

Freedom. Freedom to vote. Freedom of speech. Freedom that comes in the many ways we made sure that people could vote from near and far, from deployment, from away at work or school, and during a pandemic.

Some people see this election as “broken.” I see it as a triumph of sorts that it happened at all.

Dear America, I’m proud of you. As long as we continue to appreciate and exercise our right to vote — the democratic process will be a light in the dark.