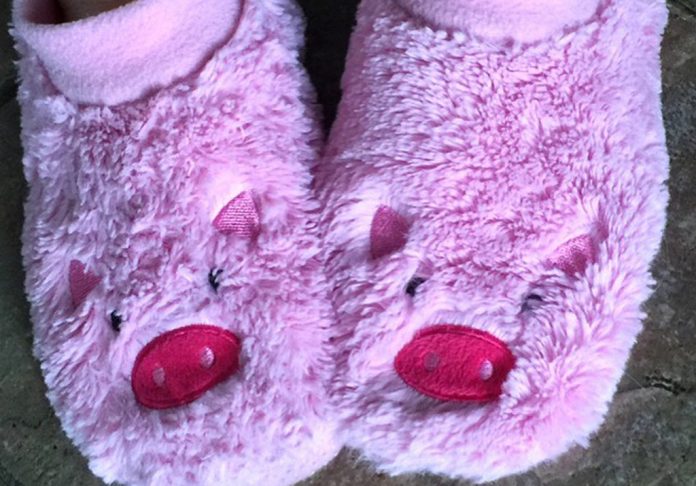 There are some things you think are just sort of understood. How adults should dress themselves in public is one of these things.

Unless you reside in Tennessee, in that case apparently you need some help? In that case, State representative Antonio Parkinson has proposed a new bill in that state that would lay out rules for how parents can dress and behave when they’re on school grounds. The bill would “outline inappropriate items of clothing and styles of dress as well as acceptable behavior for parents who have entered the school building for meetings, activities, school drop-off, and other reasons.”

Look, we all like to roll eyes and make fun of this. Grown adults need laws to keep them covered in the carpool lane? Is relaxing in yoga pants in the comfort and safety of our own vehicles while cursing all the parents we are certain DRIVE LIKE MANIACS not sacred? Not to mention that most humans have experienced at least one day running late/not feeling well day and had to run to the school. No? Just me?  Leaving aside that anyone thinks the most pressing issue in a public school district in 2019 is parental pajamas, it does pose the question of what in the heck people were actually wearing to prompt this proposed decree? Reports are that the principal in at least one public school had to remind parents not to volunteer in their bathing suits. Seriously? Who raised these people?

Since my children started their grade school years in the early 2000’s I survived the years of low rise jeans and thong underwear. On adults, not children. Please don’t try and visualize it. I’m not one to shame other people for what they wear but I lost count of how many times I sat on bleachers at a school function with my eyes raised toward the Heavens lest I catch too close a glimpse of some other mother’s “whale tail” (the appearance of thong undergarments risking well above very low rise pants). Granted, I came of age in the 1980s. As such, I believe the waistband should begin just under the ribcage.

The argument seems to be that if students are required to adhere to a dress code, the parents should as well. I can see that. I mean we should all aim to have the sense of pride in self to want to put our best foot forward when out in public. Certainly when representing our family. The truth is very few of us put our best foot forward while that foot is clad in slippers.

On the other hand, maybe we should consider the harried parents stumbling around like zombies in their PJs in public as just a sort of “scared straight” example for the high school kids? Imagine the abstinence effort pioneered by exhausted parents with their hair all awry shouting “have a baby kids and THIS COULD BE YOU!”

I was a bit of an early bird when the children were young. I liked to get up nice and early, have my coffee in peace and dress myself. This was not so much to show off as much as it was to stay ahead of the young ones. They were small but very quick.

I was also a stay at home mom fraud. I was generally a stay at home mom but my career also meant I got out of the house a few times a week for daytime meetings if I was lucky, and up to four times a month for evening meetings if I was not. Was my mincing along the soccer sidelines in heels and a blazer any less ridiculous than sensible athletic clothes would have been?

In the end, I think dress code laws won’t replace common sense I always aimed to wear what would reflect well in a mugshot since I had every intention of risking arrest if one more parent swung their vehicle around us all to cut to the front of the line.