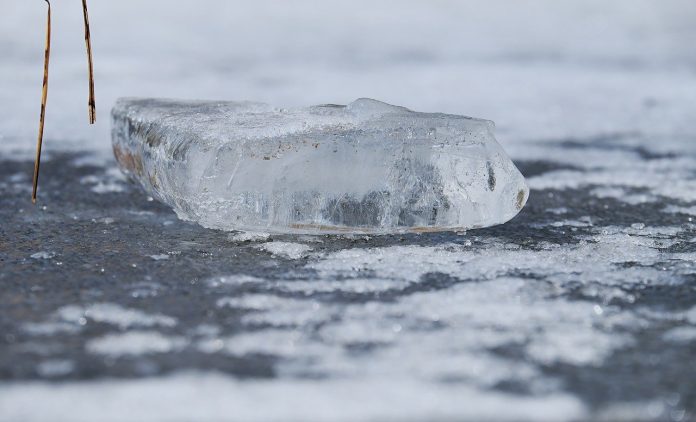 On a recent cold and blustery day, the tiniest snowflakes flitting about, my mother said she wonders what has become of the snowy winters of her youth.

Though she lived several miles out of town, she and her brother and their neighborhood friends walked there often. Mom’s brother kept a small trap line, and she would tag along to help him if he coaxed her just right.

When he sold his catch, they would often walk to a small grocery store to spend a little of that loot on penny candy.

“We always seemed to walk through snow in the winter, and we would talk to other kids to find out where we could all meet up to go sledding or ice skating,” she said.

I knew she had plenty of practice on ice skates, because Mom was way better than any of us, and looked forward to it right along with us.

Dad would check the small pond behind our house, and when he said the ice was thick enough, we jumped for joy and hurried to find our ice skates.

It took several pairs of socks to make a pair fit and to keep our feet from turning blue in the cold, and then we would have to sit in snow while we changed from boots to skates beside our non-fancy ice rink. We didn’t have enough sense to mind any of these obstacles. We were going to have fun!

Mom would put her skates on and take a large scoop shovel to clear paths of snow from the ice. She was smooth and lithe on that single blade, setting the shovel down to show us how to skate both forward and backward.

We felt sure our mom must have some medals hidden away somewhere. She could skate at a fast clip, switching from forward to backward with ease, and I never once saw her fall.

Once she knew we were on our feet and having fun, she headed for the house, many times to peel a big bunch of potatoes for an upcoming meal. If she wasn’t cooking or baking, she was cleaning, washing loads of laundry and ironing a majority of it, keeping four little girls in nice dresses every day. Anyone who says women didn’t work back then should be corrected.

I recall feeling victorious once a full loop skating around what had been an old hog wallow was accomplished without a big fall. Our ice rink wasn’t enormous, but large enough for our skating fun.

The next day, feeling as though we had mastered the sport, we invited friends and neighbor kids to join us. The more the merrier! One friend brought a couple of hockey sticks and a puck, and my sister Sherry was in her glory.

She had mastered movement on skates better than any of us, and she was bored just spinning circles around that ice. Add competition and the opportunity to learn a new sporting skill, and she was in her element.

The joy of pushing off on that singular blade, soaring around the curves on that ice was such a thrill. Snow falling on us while we skated added to the joyful experience.

I still remember that my ankles always gave out before my desire to skate ever did. Toes frozen, it was time to change back into boots and hobble to the house. It felt as though we were still skating, that movement temporarily a part of us.

Hot chocolate with marshmallows always awaited us, and often there were cookies just coming out of the oven. It would soon be time to head for the barn for the evening milking.

These were the days my dad later recalled as his very best. He didn’t skate with us, but he loved watching his little family enjoying what would forever be memories of home.