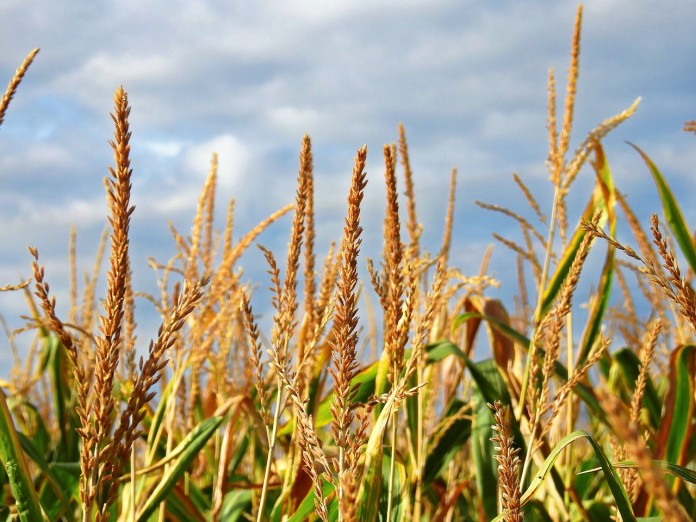 September arrived on a bright, beautiful sunbeam after one of the soggiest Augusts central Illinois ever muddled through.

The wet month was a quiet month, though. Not even the ever-cheerful wrens could find anything to sing about during the monsoon.

One bird-based benefit, however, was that our lake’s always honked-off Canada geese moved on to, I suppose, a drier lake, if such a thing exists.

August was a very quiet month on the southern Illinois dairy farm of my youth, too. About the only sound heard most early mornings was the dairy’s desk-sized compressor and vacuum pumps that herdsman Howard switched on at 5 a.m.

Their sudden, dual roar was our farm’s unfailing rooster. An hour or so later, the hired men (and boys) would take 20 minutes or so to slowly present themselves to my father while he and Howard did the milking.

While we then sipped our mug of farm-supplied instant coffee at one end of the milking parlor, my father issued the morning’s marching orders from the other end. In August, those orders had an unhurried sameness.

First, we often unloaded two or three hayracks of baled alfalfa from the previous day’s efforts.

Then, with no pressing fieldwork like cultivating to do, we’d scatter for short, easy jobs in the farm’s slow lane — treating Johnson grass, patching fences, fixing flat tires, mowing roadsides, or cleaning the shop.

No one complained about these mostly solo, mostly menial tasks because 1 p.m. would bring five hours of new sweat and more hay.

For my brothers and me, having earned 50-cents an hour for our farm labor all summer, late August also brought unwelcome unemployment. Two long bus rides on either end of a long day at school made for a long, unprofitable day off the farm.

If any paying work did await us when we finally arrived home, my two older brothers snapped it up like starved dogs. Their seniority left me tied to my mother’s apron strings for unpaid jobs like window washing, laundry folding, and potato digging.

Silage chopping, usually in late August and the first half of September, ended summer’s slower pace. Three big, red Gehl silage wagons — one behind Uncle Honey’s chopper, one on the road going to or from the silo, and one being unloaded at the silo by Jackie, the farm’s main field hand — were always on the move.

All that motion, in addition to the dairy chores of feeding and milking 100 Holsteins, meant work for every man, boy, and beast. Again, however, lack of teenaged seniority left me in the slow lane and I often shared the evening milking with the very quiet, very slow Howard.

When the year’s silage season finally ended, the year’s corn picking season finally began. The changeover brought no change in the division of labor; I still milked with shuffling Howard while my brothers pulled rank to do the grown-up fieldwork.

Whether you were either inside the dairy barn with Howard or outside in the field with my father, the half-dollars stacked up as the summer melted down.

I don’t recall any urgency to our pace; the work was just there everyday so everyday we just did the work. And when one big job was done, like baling hay or making silage, we just moved on to the next job, like picking corn or combining soybeans.

It was good, honest work in need of good, honest laborers and Dad, Jackie, Howard, Uncle Honey, Richard, David, and I fit that need.

Nor was it complicated; we had a three-row combine, a couple of 100-bushel gravity flow wagons, some 770 Oliver tractors and not one worry about finishing before Thanksgiving because there absolutely was no chance of that happening.

It was life in slow lane and every September I long to go back to it, the honest work, and those good people.

(The Farm and Food File is published weekly through the U.S. and Canada. Source material, past columns and contact information are posted at www.farmandfoodfile.com.)