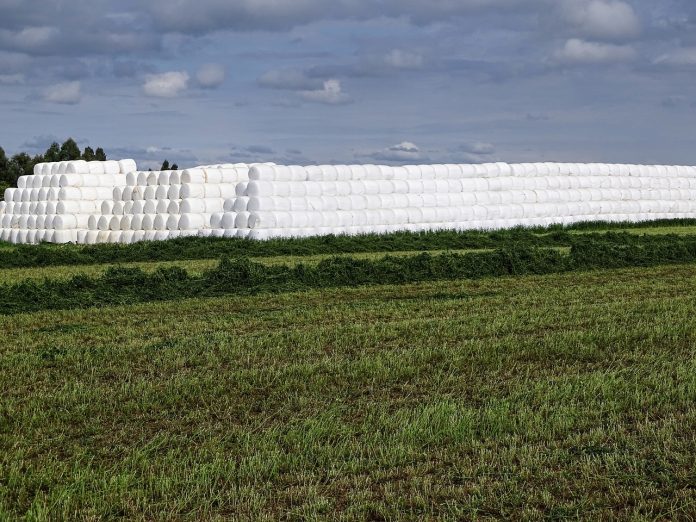 Even though alfalfa has not been seeded yet, it is time to start thinking about managing weeds in seedling alfalfa in order to be ready. Greater than 95 percent of weed control in alfalfa is due to competition from a healthy stand.

Proper fertilization, use of disease-resistant varieties, insect control, cutting management and use of herbicides are necessary to provide a competitive alfalfa stand, providing significant weed control. If weeds become a problem, they can compete or interfere for light, nutrients, water and space, directly influencing yield, quality and standability.

Alfalfa yields may be improved at least 8 percent over the life of the stand if weeds are controlled in seedling alfalfa.

Weeds emerging with the crop are the most competitive. Maintain forage relatively weed-free for the first 60 days.

Hopefully, perennial, biennial and annual weeds in no-tillage alfalfa were controlled prior to seeding. Summer annual weeds will be emerging with the alfalfa and can continue emerging into June if the stand is not good.

Perennial and biennial weeds may also emerge after seeding. The most problematic weeds in spring alfalfa seedings are lambsquarters, pigweed, common and giant ragweed, smartweed, and annual grasses with lambsquarters usually the most prevalent.

Smartweeds are best controlled with bromoxynil and Pursuit followed by Raptor. Pursuit and Raptor will not control common ragweed, giant ragweed, and pigweeds (including waterhemp) that is resistant to these herbicides.

Poast and clethodim can be mixed with the broadleaf herbicides, but grass control can be reduced if Poast is mixed with Pursuit. Pursuit and Raptor will provide some control of grasses.

It is best to make a glyphosate application to Roundup Ready alfalfa, regardless of the density of weeds in order to control the non-Roundup Ready plants in the population in order to provide better stand establishment.

The application of Extreme will provide some residual control of certain weed species, especially at 4.4 pints per acre.