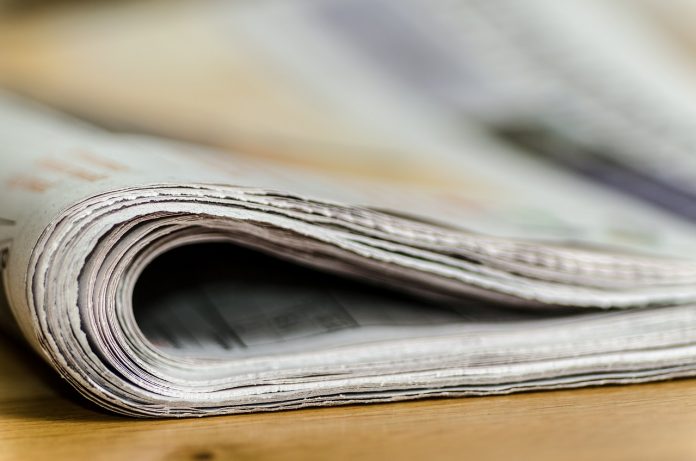 On April 10, Art Cullen of the Storm Lake Times, in Iowa, was awarded the 2017 Pulitzer Prize in Editorial Writing.

His work, explained the Pulitzer board, “fueled by tenacious reporting, impressive expertise and engaging writing…successfully challenged the powerful corporate agricultural interests in Iowa.”

Cullen, who co-owns the tiny, twice-weekly Times (circulation: 3,000) with his brother John, won journalism’s highest honor for a series of 10 tough-worded editorials last year that demanded and got answers on why Iowa, a mostly rural state, “has the dirtiest surface water in America.”

The question arose after the Des Moines Water Works sued the drainage districts of three northwestern Iowa counties for the high level of nitrates it said was contaminating the Raccoon River, the source of drinking water for its 500,000 central Iowa customers.

The ensuing court fight was bitter, costly, and secretive.

Cullen, through the Times’ editorial page, doggedly asked two questions. First, how were the three counties — Storm Lake is the county seat of Buena Vista County, one of the defendants — paying their legal bills, estimated to be upwards of $1 million.

And, second, why today’s ag production system of “farming into the ditch and over the fenceline” should be defended at all.

It had played the key role, he noted citing Iowa State University research, in delivering the dirty water at the center of the lawsuit.

He had Iowa’s public behind him and Iowa’s biggest ag groups in front of him.

Almost every public poll supported the lawsuit and almost every farm group and local government group opposed it.

If the public wanted the dirty water cleaned up, reasoned the small town editor in print, why were public officials fighting any cleanup?

After months of shoe leather journalism, the Times — meaning Cullen, his reporter son Tom, and other family members — finally uncovered the source of the money underwriting the counties’ status quo defense.

In typical fashion, he announced the funders in a Sept. 16, 2016 editorial: “Buena Vista County officially is a Farm Bureau county. The Farm Bureau and Iowa Corn Growers have pledged to cover the legal bills (of the three defendant counties so, now) at least we know who our boss is,” he opined. “The Farm Bureau and the commodity groups.”

“… Fair enough,” Cullen went on. “Everything is above board.” “Except,” he added in a one-word paragraph. “We did not elect Farm Bureau to define our interests. We elected five county supervisors and a county attorney.”

Were Cullen’s sharp words directed at Farm Bureau and its big ag allies, or were they meant as an admonishment to the weak-kneed Buena Vista County public officials?

Maybe all three. In the end, however, it didn’t matter.

Three weeks before Cullen was awarded the Pulitzer, the federal judge overseeing the contentious Des Moines Water Works lawsuit dismissed it by noting Iowa’s county drainage districts, the targets of the suit, were immune to damage claims.

In short, said the judge, no money no lawsuit.

The farm groups and Iowa’s ag-dependent politicians declared victory and moved on.

Editor Cullen, who remains in Buena Vista County, conceded nothing: “We still have a surface water problem in Iowa,” he said in one post-Pulitzer interview. “We’ve been reporting on it for 25 years.”

Will it take another 25 years for agriculture — for us — to acknowledge and act on the growing threats to our rural environment and the world’s food-growing future?

Clearly, we have the money and talent to delay any legal and legislative effort to change today’s soil, air, and water regulations.

What we need more, however, is the courage and foresight to invest that money and talent in ensuring the future rather than litigating the past.

It’s the right thing for our communities now and our grandchildren later.