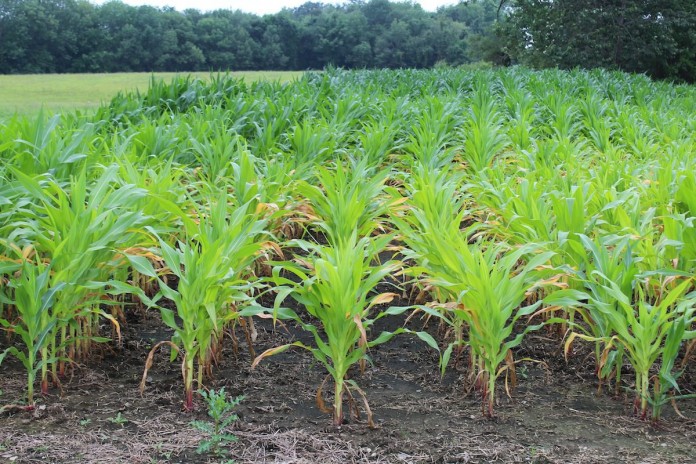 SALEM, Ohio — What began as an almost ideal start to spring — early planting and good quality wheat and forages — has quickly turned into a battle against nature and record rainfall.

According to the National Weather Service, June was among the wettest on record across northern Ohio and northwestern Pennsylvania.

Climate sites in Cleveland, Youngstown and Mansfield recorded the third wettest June rainfall, ranging from 7.44 inches in Mansfield, to more than 9 inches in Youngstown.

All of this at a time when farmers hoped to be in the fields making hay and harvesting wheat.

Forage crops are behind significantly in Ohio, with only 77 percent of first cutting made, and 12 percent of second cutting, as of July 12, according to the National Agricultural Statistics Service.

The few times when northeast Ohio farmers have been able to make hay this year fell over Memorial Day weekend, and the Fourth of July weekend — the only time they’ve had enough dry days in a row.

The wheat harvest is behind as well. According to NASS, 38 percent of Ohio wheat is harvested, compared to 55 percent this time last year.

And the quality of wheat that has been harvested is suspect to sprouting, head scab, vomitoxin and lighter test weights.

The quality varies across the state, and across different fields, with some that is good and some that is subject to rejection.

He managed to get his 230 acres of wheat harvested over the July Fourth weekend, and he planted about 50 acres of double-crop soybeans the same weekend. He said his wheat had small traces of sprout damage, but nothing significant.

However, Bush said, he’s seeing a lot of corn in his area that is uneven and discolored, where it has lost its nitrogen. Because it is so wet, farmers are having a difficult time getting back into the fields to apply additional nitrogen, and they’re behind on spraying soybeans with post-emergent herbicides.

At Sunrise Cooperative, which operates grain mills across northcentral Ohio, grain traders say as much as a third to a half of the wheat crop is still in the fields.

“As we go along, it seems like the damage levels are rising,” said Mike Myers, grain marketing manager.

The mill has extended its hours to include weekends, to give farmers more opportunity to make deliveries — but the rain continues to fall.

The biggest concern, he said, is wheat that is sprouting and losing its test weight. There has been some vomitoxin, but Myers said it seems to be more severe in western Ohio than in northcentral Ohio.

Like other mills, Sunrise has a specific deduction list for each kind of damage to the wheat, and anything with more than 20 percent damage is now subject to rejection.

Jenifer Pemberton, grain merchandiser with Deerfield Farms Service, said wheat condition is “all over the board.”

The biggest issue, she said, is test weight and sprout damage, “which basically will take your wheat from milling quality to feed quality.”

Pemberton said Deerfield is actively looking for additional markets for farmers’ wheat, and trying to find as many uses as possible.

Kelly Hyde, field and grain division manager for Western Reserve Farm Cooperative, in Jefferson, Ohio, said they just accepted their first load of wheat July 13. Wheat is less common in that part of the state, and is just now being harvested.

As for other crops, like corn and beans, Hyde said there is a “gigantic difference” in quality, depending on how dry the field is.

“The dry ground, the corn is really beautiful,” he said. “And the wet ground, it is close to a disaster.”

Corn and soybeans are usually resilient crops, and farmers may still have a chance to apply additional fertilizer and herbicides to those fields. But the taller crops, like corn, may require aerial and overhead application, as many fields are now too tall to enter with ground applicators.