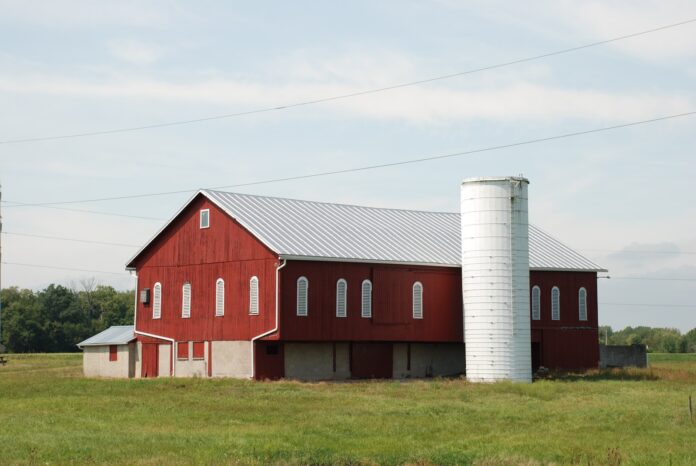 A bill that could help make the road to farming easier for beginning farmers passed the Ohio legislature April 6. Gov. Mike DeWine signed the bill into law April 18.

House Bill 95 authorizes income tax credits both for beginning farmers who attend a financial management program, and for people and businesses who sell or rent farmland, equipment, livestock or buildings to beginning farmers.

The bill is designed to help farmers transition assets to the next generation. Supporters of the bill say it will encourage people who own farmland or other agricultural assets to sell to beginning farmers. This would help new farmers overcome challenges around access to land, equipment and more.

Access to land and other assets has long been a challenge for beginning farmers, especially first generation farmers. It’s a capital intensive business, and for people who don’t come from a family farm in particular, it can be difficult to get everything necessary to start out.

“If you are not fortunate enough to come from a farming family with access to land, acquiring the capital necessary to start a farm operation is formidable,” said Amalie Lipstreu, policy director for the Ohio Ecological Food and Farming Association, in March 2 testimony to the Senate Ways and Means Committee.

Proponents of the bill have noted the average age of farmers in Ohio is over 55, and millions of acres of farmland are likely to change hands in the coming years, as older farmers retire.

The tax credits created by the bill could help retiring farmers who want their land or assets to stay in agriculture. Before a Senate vote April 6, Sen. Louis Blessing, R-Colerain Township, noted it’s often easiest to sell to the highest bidder.

“I kind of view this as sweetening the pot, in order to sell to beginning farmers,” Blessing said. The tax credit program would have a cap of $10 million and would sunset after five years.

The bill passed the Senate unanimously April 6. The House concurred with Senate amendments the same day.

The bill was introduced in early 2021. Similar bills were introduced in the last general assembly in 2019, but did not make it through the legislature at that time.

“This was the compromise that we made, and I do believe that it strengthens the bill,” said Rep. Susan Manchester, R-Waynesfield, one of the bill’s sponsors, before a House vote on concurrence April 6. Manchester noted since the program has a cap, lowering the tax credit percentage will allow more farmers to participate.

Supporters of the bill have included a range of agricultural groups, such as Ohio Farm Bureau, OEFFA and multiple state commodity groups. They largely see it as a way to help young farmers get into the business.

“The combination of these challenges [capital investments in land and equipment], coupled with the ever-present financial risk associated with weather, international trade challenges and many others, makes agriculture a daunting business to enter,” wrote organizations including the Ohio Cattlemen’s Association, Ohio Dairy Producers Association, Ohio Pork Council, Ohio Poultry Association and Ohio Sheep Improvement Association, in Dec. 7 testimony. “We must do all that we can to assist the next generation of beef, pork, poultry, sheep and dairy farmers.”