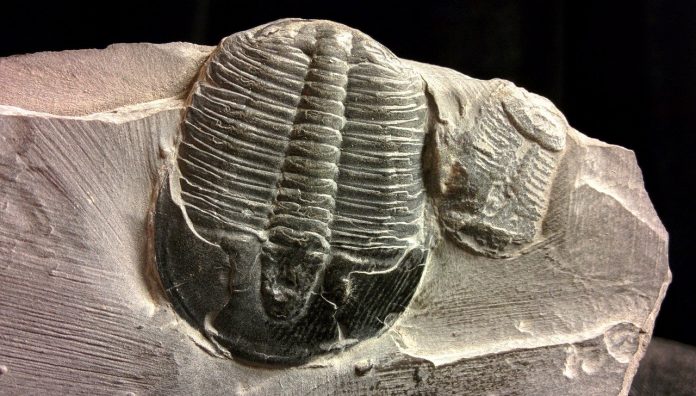 It’s hard to imagine Ohio was once what some would consider a paradise in a vast ocean with tropical weather, considering over 500 million years later we’re landlocked and the weather is as unpredictable as it’s ever been. However, that’s the reality of Ohio’s history — south of the equator, immersed in warm sea water, Ohio supported a variety of marine life. The proof is in the thousands of fossils that can be found in Ohio today.

The abundance of fossils within the state not only proves the existence of sea creatures in Ohio, but also ancient plants and mammals that lived during the Ice Age. The portions of Ohio containing these fossils were once covered by glaciers.

Throughout Ohio, you can find a variety of ancient fossils. Some of these include:

Brachiopods — or “lampshells” are sea animals with shells that are hinged at the rear.

Bryozoans — or “lace corals” were colonies of sea animals that lived together in connected structures called zooids.

Crinoids — or “sea lilies” were animals that attached to the sea floor in long columns.

Gastropods — are snails and slugs.

Trilobites — a group of extinct arthropods that have a hard shell like modern-day crustaceans.

Bones of Pleistocene mammals — the bones of elephantlike mastodons and mammoths, giant beaver, elk and muskoxen from 2 million to 10,000 years ago.

Southwestern Ohio. Southwestern Ohio, southeastern Indiana and north-central Kentucky are home to exposed limestones and shales that contain Ordovician rocks. These types of rocks are know worldwide for the abundance, variety and excellent preservation of the fossils they contain. You’re likely to find fossils of brachiopods, bryozoans, gastropods and trilobites in Ordovician rocks.

Western Ohio. The Brassfield Formation is one of the only remaining Silurian rock units that still contains well-preserved fossils.  It is composed almost entirely of fragments of crinoids. Additionally, reefs composed of colonial corals can also be found in western Ohio, exposed in an arc from west of Dayton to near Portsmouth.

Central Ohio and Northeastern Ohio. Running along a north-south belt through the center of the state and east into the northeast corner of Ohio, Devonian and Mississippian rocks can be found. Throughout the Columbus and Delaware Limestones, which are exposed from central Ohio to the Lake Erie islands, Devonian rock fossils are known for their large size. However, the most impressive fossils have been unearthed around Cleveland where the bony armored plates and jaws of fossil fishes known as arthrodires have been discovered by construction crews. Mississippian rocks are dispersed similarly. Again, they mostly contain limonite-stained molds and casts of brachiopods, pelecypods and echinoderm fragments.

Eastern Ohio. In eastern Ohio, Pennsylvanian rocks, containing well-preserved fossil plants and rare fossils of insects and amphibians, can be found in what used to be deltas along the Appalachian Basin coastline. Marine fossils, including pelecypods, gastropods and brachiopods, are embedded in the thin beds of limestone and shale that were deposited when the (once) coastal coal swamps were flooded by the sea.

Southeastern Ohio. Although the Permian rocks of southeastern Ohio don’t contain a lot of fossils, the bones of amphibians and reptiles and plant and insect fossils have been collected here.

All over Ohio. Glaciers left behind deposits containing the bones of Pleistocene mammals and even entire buried forests. These fossils can be found all over Ohio in deposits that used to be lakes and ponds, caves and streams. However, they are most prevalent in northern and western Ohio.

Although Ohio is known for an abundance of fossils, public collecting locations are limited, and some require a permit. Many of Ohio’s state parks, nature preserves and memorials with geologic formations do not allow fossil collecting. Sites that do allow fossil hunting are listed below:

For more information on what you can expect to find at these public collecting sites, visit the Ohio Department of Natural Resources.