I may not be able to grow reasonably-sized tomatoes or peppers, but what I lack in skills growing members of the nightshade family, I make up for in luck growing members of the gourd family, especially cucumbers. At this point, I have a cucumber garden with some other plant varieties sprinkled in. We’re eating cucumber salad every night and still have an oversupply.

Fortunately, an abundance of cucumbers can be safely preserved for long-term storage by making freezer pickles.

Many members of the gourd family don’t freeze and thaw well because of their moisture content. As vegetables with high water contents freeze, large ice crystals form and damage cell walls. This creates a mushy mess when these vegetables are thawed and the ice crystals melt.

Cucumbers are 90% percent water and cannot be frozen and preserved plain without becoming mushy. However, they can be prepared and frozen as pickles. During the pickling process, salt draws out some of the water within the cucumbers and the concentrated sugar syrup used to pickle them firms them. Cucumbers should be thinly sliced to maximize surface area and the amount of syrup they can absorb.

How to make freezer pickles 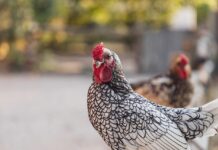