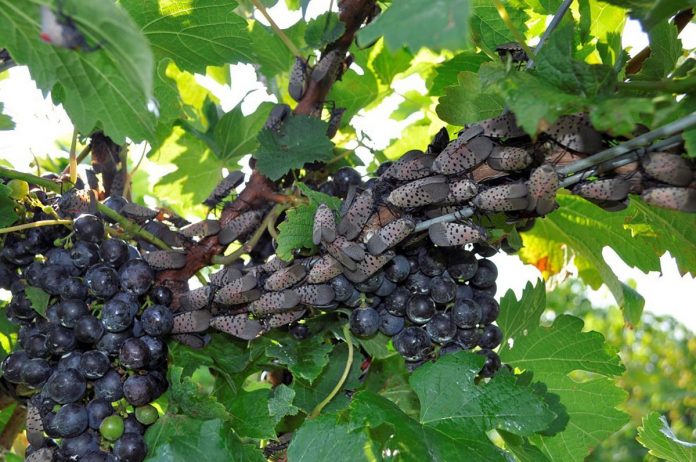 Ever since The Columbus Dispatch broke a story about the invasive and destructive spotted lanternfly being found 15 miles from Ohio’s border at Norfolk Southern’s Conway Rail Yard in Beaver County, Pennsylvania, concern and interest in the Buckeye State have been at an all-time high. If you live anywhere near the Ohio-Pennsylvania border or anywhere that borders the West Virginia panhandle, Beaver County, Pa., is a little too close to home.

If you’re concerned about the spotted lanternfly, I don’t blame you. In the not-so-distant past, invaders like the Asian Longhorned Beetle, Emerald Ash Borer and Gypsy Moth, crept into Ohio and began wreaking havoc on forests and woodlots and impacting industries. And controlling populations of these pests has been difficult.

Incidentally, if the spotted lanternfly makes it into Ohio, it has the potential to be even more damaging than these already-present insects.

What is the spotted lanternfly?

The spotted lanternfly is an invasive planthopper that’s native to parts of Asia, including China, India and Vietnam. It’s not a picky eater and poses a threat to a variety of plants, including grapes, peaches, apples, dogwood, maples, walnut, oak, hops, ornamental trees, pines, vines and the Tree of Heaven or ailanthus — its favorite host. It has also been observed feeding on soybean and corn crops.

The spotted lanternfly is highly destructive, feeding on plant sap and secreting large amounts of honeydew. Host plants are harmed by being fed on and by the secretions spotted lanternflies leave behind. The honeydew they leave behind promotes the growth of sooty mold, which is extremely damaging, especially to fruit crops. These secretions can also attract other pests to feed on a host plant.

The destruction it can cause is alarming, however; the greatest concern in regards to the spotted lanternfly is its ability to hitchhike and spread. Of any life stage, their egg masses have the most potential for long-distance travel because they don’t attract attention and are not clearly visible once they’ve been deposited. Furthermore, females will lay them on virtually any surface, including trees, lumber, furniture and vehicles.

Combine the spotted lanternfly’s ability to spread incognito with the fact that its favorite host plant, the Tree of Heaven, is invasive in 44 states and grows near disturbed areas such as around parking lots or along highways and railroad tracks, and you’ve got a recipe for disaster.

Where has it spread so far?

The spotted lanternfly was first discovered in Berks County, Pa. in 2014 and has since established populations in 13 other counties within the state. Additionally, it has been spotted in surrounding states including Virginia, Maryland, New Jersey, Delaware, New York, Connecticut, West Virginia, North Carolina and Massachusetts. Of those states, quarantine areas for established populations of the spotted lanternfly have been set up in Virginia, Maryland, New Jersey, Delaware and West Virginia.

How to identify the spotted lanternfly

Adults (active July-November). Spotted lanternfly adults are about 1 inch long and 1/2 inch wide at rest. The forewing is grey with black spots and the wingtips are reticulated black blocks outlined in grey. The hind wings have contrasting patches of red and black with a white band. The legs and head are black; the abdomen is yellow with broad black stripes.

Nymphs (active April-October).  Spotted lanternfly nymphs are wingless with black with white spots As they mature they develop red patches and grow to about a 1/2 inch long. They jump when approached or touched.

Next week learn how to report sightings in Ohio and surrounding states via the agencies and resources that are readily available.