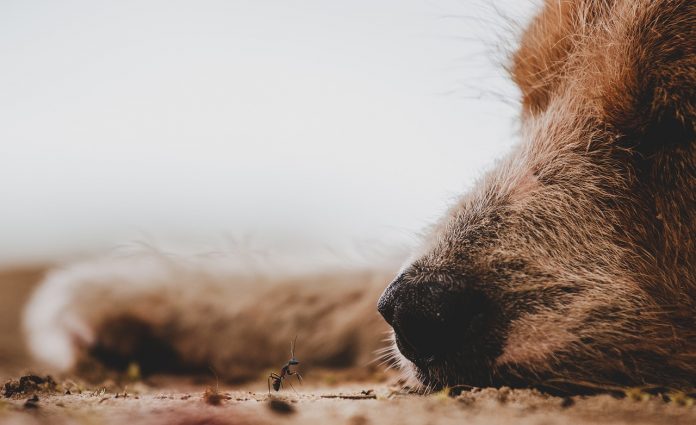 On the farms of our youths, the dog days of August featured actual dogs and not a whole lot of anything else. Given the unsettled state of today’s growing season, commodity markets and politics, maybe the best way to get through this August is to slide back to that era and just not say or do much else.

For example, let’s talk about July’s late news that Secretary of Agriculture Sonny Perdue’s plan to sweep 3.1 million people out of the Supplemental Nutritional Assistance Program, or SNAP, could purge as many as 500,000 children from the free school lunch program, according to Rep. Bobby Scott, the Virginia Democrat who chairs the House Education and Labor Committee.

Scott learned of the cut “in a phone briefing” with U.S. Department of Agriculture staff after Perdue announced the change. Why after the announcement?

Because, according to Scott, “(T)he impact on school meal eligibility was not included in the Trump Administration’s formal proposal.”

In short, he said, USDA “concealed the data.”

Golly, a public official concealing public data on a public program from the public because, if revealed, a bad public image would result?

Perdue’s proposed $2 billion SNAP cut came just before he announced how USDA would divvy up $16 billion promised to American farmers under a second “trade mitigation” scheme announced earlier this year by the White House.

Unlike the half-million kids who could lose their free school lunches, however, Perdue did talk about farmers getting $16 billion more salve from “President Trump” for what USDA insists on calling “unfair” retaliatory tariffs to the White House’s — so far, anyway — dead-end trade negotiations and dead-end tariff policy.

Perdue must have misspoken, however, because as you and I well know, every penny of the $16 billion comes from taxpayers, not the White House.

Also wanting to talk about it was Bloomberg News and the Environmental Working Group. EWG, you may recall, is the Washington, D.C., non-profit research organization farmers love to hate because it keeps a running tab on farm program payments each farmer — as well as each city dweller and member of Congress — receives.

On July 30, Bloomberg reported the updated EWG database shows that “More than half of the Trump Administration’s trade-war aid for farmers [in 2018] went to just one-tenth of the recipients in the program.”

Alas, probably a hot topic we should let lie this August, eh?

Another dog we should leave lie is a July 28 Gatehouse Media investigation that revealed 75 percent of the rural hospitals closed since the Affordable Care Act took root in 2011 were in “deep red” states that voted to not expand Medicaid.

“What these states also have in common,” wrote the team of Gatehouse investigators, “is that legislators voted against expanding Medicaid under the Affordable Care Act, which would have provided coverage for hundreds of thousands of uninsured residents and bolstered rural hospital bottom lines.”

These legislators’ distrust of the “federal government,” explained the Gatehouse team, now means that “residents of deep red rural America — farmers and farm workers, small business owners and their employees, the old and infirm — are seeing their hospitals flounder and close.”

An even bigger irony, John Henderson, the head of The Texas Organization of Rural & Community Hospitals told the Gatehouse reporters, “… is that we’re paying federal income taxes [in Texas] to expand coverage in other states. We’re exporting our coverage…”

Yes, you are, sucker, er, Mr. Henderson, and we in states that did take your money to expand Medicaid really, really want to thank you — and so do our rural hospitals.

But it’s August and no one needs to get any hotter talking about a half-million kids not getting school lunch while farmers receive billions in extra direct payments or local government officials voting to not provide crucially-needed health care to their poor and rural constituents.

After all, most of this is just fake news, so why wake up a sleeping dog?