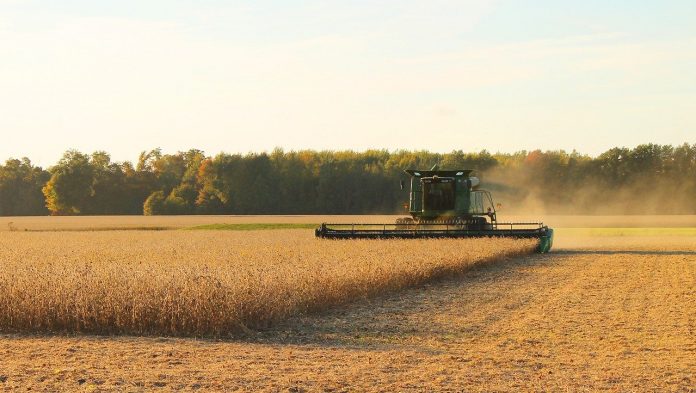 The most consistent feed for the giant information maw that is the Chicago Board of Trade is the steady supply of regular U.S. Department of Agriculture reports. They are anticipated; there are pre-report predictions by industry information mavens, and the after-report analysis often makes for interesting reading.

Such was the case for the USDA world agricultural supply and demand estimates report that was released in the middle of the day Sept. 12. The WASDE is important because it is the first report of the new production year (Aug. 31 ends the old year), because it is expected to be the most accurate estimate of crops available before harvest and because it can confirm or provide a surprise to the crop size estimates that the futures market has been “trading.”

The report provided surprise and reaction to the market in this case. Soybeans and corn both moved higher after the report, although wheat did not react much. That lack of reaction in wheat is normal, given that it is hard to find surprises in fundamental numbers in a crop that has mostly been in the bin for some time. The exception is in the spring wheat, which is still being harvested a month past the normal date because of late planting.

There was no surprise in the expected yield for corn. USDA put the national average at 172.5 bpa. This was a drop from the August report of 175.4 bpa, but it exactly matched the average trade guess.

The surprise for corn came in the form of a bigger drop than expected in harvested acres. The acres were dropped by a whopping one million to an expected 80.8 million, which dropped production to 13.994 billion bushels. The trade had expected a little over 14 billion.

With some juggling of other numbers, USDA ended up at a carryout of 1.525 billion bushels for this year’s crop. That was a little off the expected 1.547 billion, and contributed to an 11-cent gain for the day in December futures, to $6.96.

It should be noted that the report puts the next crop, the 2022/2023 crop, at 1.219 billion bushels. This is very close to expectations but indicated that we will be even tighter in the coming crop, and can expect good prices to continue.

Of course, with the questions in fertilizer supplies and the unknowns about other production costs, we don’t really know what good prices are.

The big surprise in the WASDE was in the soybeans. The August report put the crop at 51.9 bpa. The average guess was for a drop to 51.5. In fact, USDA came in at 50.5 bpa for a crop that was already thought to be in tight supply.

The drop in yield plus a drop in harvested acres of 600,000 to a total of 86.6 million led to a production estimate for this crop year of 4.378 billion bushels. The average guess was 4.496 billion, which does not seem like a big change. In fact, the carryout for this crop year is now thought to be 240 million versus the trade guess of 236.3 million.

The bigger news may be that the 2022/2023 crop carryout is now estimated at 200 million bushels, almost 47 million off the trade guess. Some people would say that is actually below pipeline supply, so rationing by price will be required to get us through the next crop year, or, like some years, we will import soybeans to finish out our needs in the summer of 2024.

The immediate result of the lower production numbers for soybeans was a bounce of 76 cents in November soybean futures. Reports being mostly a “one-day wonder,” it is no surprise that follow-through on the Board the morning of Sept. 13 was only three cents so far.

It needs to be remembered that, even though there is a start to harvest in southern states, and Southern Illinois has combines running, the crop is not made in some areas. In the Dakotas and in Minnesota, some areas need, until the end of the month, to finish the corn to dry layer and the bean pods to fill. Those areas are running out of time since the frost-free date is already here.

Yesterday I heard a producer comment that he needed 150 growing-degree days to finish. Nighttime temperatures in the 30s are being reported in those areas. In addition, there is huge variability in the crops. One producer on a conference call yesterday reported that he had gotten eight inches of rain in August on his farm, but less than an inch where his office is.

Agronomists have estimated corn yields of from 40 bpa to 150 bpa in small areas, depending upon the coverage of scattered thunderstorms. Then, there is the effect of government procedures when it comes to reports.

It is my opinion that, as a backlash to the farmer’s idea that the government uses reports to manipulate prices, the government is actually slow to change the numbers. That leads to the fact that, before some reports, analysts guess what crop size is, then guess what the report will say.

The idea is that USDA might believe that the crop is 170, but they don’t want to say that in the September report only to raise it again later.