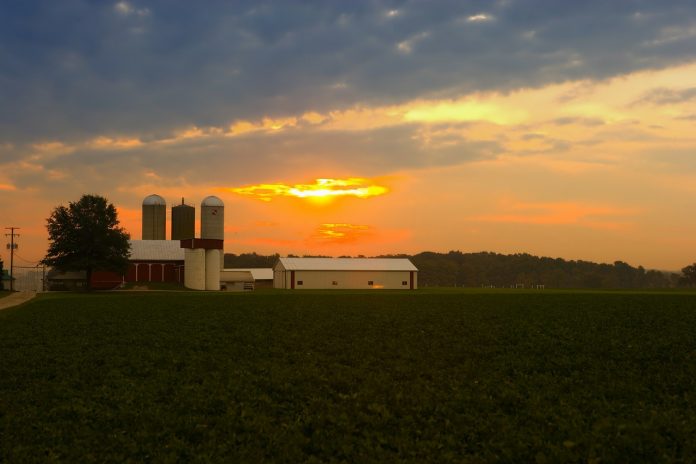 Thanksgiving was the kickoff to a month of bookkeeping, depreciation schedules, and checkbook balancing for my parents on the southern Illinois dairy farm of my youth.

It culminated in an afternoon meeting, usually the week after Christmas, where my father would detail the farm’s annual performance to his three, city-dwelling partners and lay out his plans for the coming year. The meeting bordered on solemn.

We children were ordered out of the house so these serious people could discuss serious plans that involved serious money without a giggle or footstep to distract their deliberations. The entire afternoon was so serious to my mother, who was never invited to the meeting despite possessing the best working knowledge of the farm’s finances — she was its bookkeeper — that she called it “congress.”

No, not that Congress; it was her personal congress, the one whose actions one afternoon each year could alter her family’s livelihood as soon as next week and her children’s lives forever. As such, she made certain Dad knew where every farm dollar came from and went to; how many calves, heifers, and cows had been born, bought or butchered; and the down-to-the-penny profit the partners would pocket because of his — and, frankly, her — skills.

It was no accident that their year-end work and planning delivered: silos rose, debts fell, and sturdy lives were built. Institutions like family, church, and state were critically important, too, because they delivered support, hope, and justice.

Those days, like Mom’s congress, are long gone. So, too, it often seems, is our trust in the institutions and people that guided us back then. For almost 50 years, the farm partnership established by my grandfather and continued by my father operated on nothing more than a handshake and the person’s integrity it represented. Today that would be seen as crazy.

Back then, crazy would have been partners so distrustful of each other that they needed a signed contract to keep each other honest. Had that been the case, I’m certain they never would have partnered to create something new, productive, and lasting out of the sand and black gumbo of the Mississippi River bottoms.

Crazy is the norm

Today, however, crazy seems to be exactly how business is done in American agriculture. Proof abounds. Right now, crazy is seeing a highly contagious swine disease wipe out more hogs in China in six months than the United States will grow this year and, yet, U.S. cash hog prices are so low that independent producers are now losing $50 per head.

Crazy is the U.S. Department of Agriculture now sending another $7.8 billion in “trade mitigation payments” — on top of the $6.69 billion sent earlier this fall and the $8.6 billion sent in 2018 — to farmers to, literally, paper over the White House’s no-end-in-sight trade war with China.

Crazy is maintaining that this irredeemable, costly mess remains China’s fault because it responded to U.S. tariffs with, as Secretary of Agriculture Sonny Perdue loves to say, “unfair trade retaliation.”

Crazy is President Donald. J. Trump continuing to falsely claim that every penny of the $23.1 billion in mitigation money sent to farmers comes from import tariffs paid to the U.S. by China when every economist — including those on the President’s own staff — say that’s provably untrue.

Crazy is how low grain and livestock prices must persist before any responsible policy maker on either side of the government divide admits the obvious: that our crop insurance/export-centered ag policy continues to bleed equity and people out of rural America at an alarming rate while placing the nation’s food- and fiber-growing future on fewer people and even bigger agbiz.

Crazy is that every one of us, to some extent, large or small, is responsible for these failures present and future. Crazier still is that none of us were raised that way.