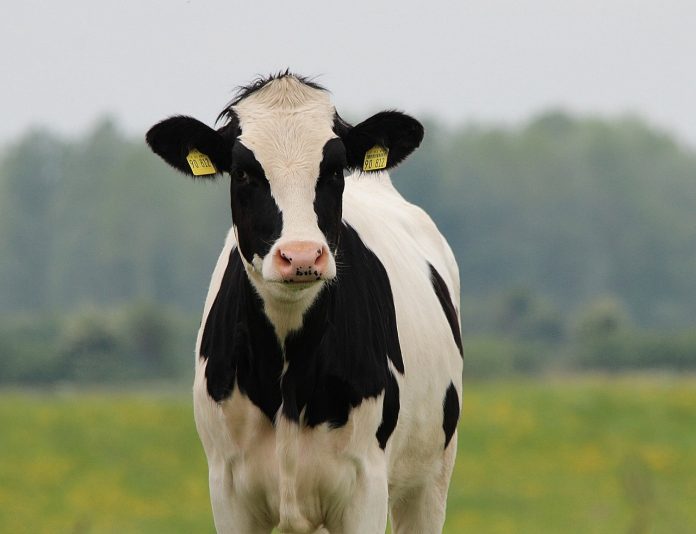 The ability to detect heat cycles among your cows and heifers is invaluable if you want to ensure your herd’s reproductive performance. Failure to detect when cows are in heat and breeding cows that aren’t in heat is a major contributor to low fertility and economic loss for producers. Determining the optimum time — estrus — to artificially inseminate your herd early in the breeding season can reduce your calving intervals and decrease your semen expense.

A cow’s reproductive cycle can be divided into four phases — proestrus, estrus, metestrus and diestrus. The shortest interval, estrus, marks the 24-hour period when the cow is the most fertile. These heat periods occur every 21 days.

During estrus, the cow is influenced by increased levels of estrogen, causing her to display signs that she is in heat. Within the first 24 hours of these initial signs, an egg is released and ovulation begins. If the egg is not fertilized, the cow will move into the next phase of its cycle and you’ll have to wait another 21 days. If the cow is mated during estrus, the chances of fertilization and pregnancy average between 50 and 70 percent, according to Texas A&M Extension.

By recognizing early signs of your cow’s heat cycle, you can ensure you won’t miss estrus, increasing your chances of success.

There are several behavioral signs of estrus, also called standing heat. The average heat duration is between 15 and 18 hours but may vary from 8 to 30 hours, according to Penn State Extension. The signs are the same, but generally more pronounced in heifers than in cows.

During calving season, look for these signs to identify when members of your herd will enter estrus:

Standing to be mounted. The most common and accurate sign of estrus is standing to be mounted by other cows and moving forward with the weight of the mounting cow. Cows that move away from an attempted mount are not in estrus. A cow usually stands to be mounted 20 to 55 times during her reproductive cycle, according to Penn State Extension.

Mounting other cows. The act of mounting other cows may be a sign the cow is in heat or approaching heat. Although it’s not a primary sign of heat, you should watch cows exhibiting this behavior closely for standing behavior.

Mucus discharge. Mucus is an indirect result of elevated estrogen levels during estrus. You may observe long viscous, clear elastic strands of mucus hanging from the vulva or smeared mucus on the cow’s tail, thighs, flanks or perineal region. However, mucus sometimes won’t appear externally until a cow is palpated during insemination.

Swelling and reddening of the vulva. During heat, the vulva swells and becomes moist and red on the interior. However, these symptoms appear before heat and remain for a short period after, so alone, they are not a precise indicator of estrus.

Bellowing, restlessness and trailing. Cows in heat are more restless and alert, standing when their herd mates are laying down resting, trailing behind to try to mount other cows and bellowing more frequently. Cows behaving this way should be monitored closely for standing behavior.

Rubbed tailhead hair and dirty flanks. When cows have been ridden the hair on their tailed and rump will be fluffed-up, rubbed or matted, and their skin may be exposed. Additionally, their legs and flanks may be smeared with mud or manure.

Chin resting and back rubbing. Before mounting, a cow will rest or rub its chin on the rump or back of the cow it wants to mount. If you observe this behavior, both cows should be monitored for mounting and standing behavior.

Head raising and lip curling. This activity follows sniffing and occurs more frequently when the cow being sniffed is in heat and urinates.

Metestrous bleeding. Some cows and most heifers will have a bloody mucus discharge one to three days after estrus, signifying the cow has moved into the next phase of its reproductive cycle, metestrus. If you observe metestrous bleeding, you should monitor the cow closely for a return to estrus in 18 or 19 days. However, it’s important to note this symptom is variable and won’t always be observed from one cow to the next.