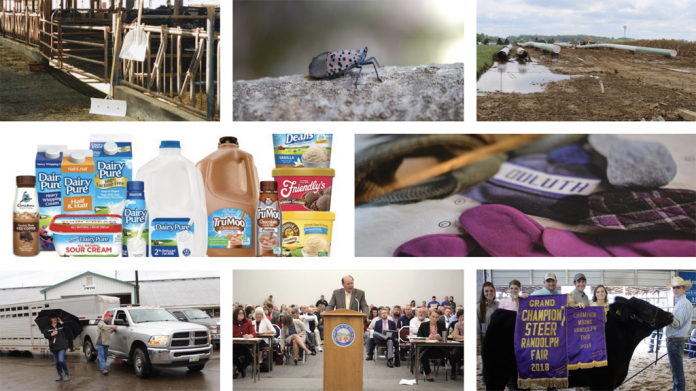 These 10 stories generated over 84,000 views, accounting for 18.6 percent of the web traffic from new content on FarmandDairy.com this year. The top four all eclipsed 10,000 views and the top seven surpassed 5,000 views. From January to December, we delivered content that kept readers coming back by the thousands.

This year readers spoke out against large corporations, came together in the face of an uncertain future in the dairy industry, educated themselves to stop the spread of the spotted lanternfly, kept tabs on the still-strong oil and gas industry in Ohio and Pennsylvania, pulled their resources to make it through adverse weather throughout the year and stayed current with the biggest headlines in agriculture news. They picked the articles that influenced them most in 2018, skyrocketing page views on all their favorites.

If you weren’t one of them, make sure you didn’t miss anything, and let us know which stories impacted you.

Dear @duluthtradingcompany I beg of you, please stop throwing wool under the bus in your marketing materials. At a minimum, please speak of wool accurately. You advertise it as “smelly animal fur” when you know as well as I do that commercial wool has no scent at all, and that it comes from a living animal who goes on living a very good life for years after being shorn. I get that you want people to buy this coat that you’ve chosen to insulate with polyester. It’s a business decision. I’m sure the profit margin is good. But please also know that the American wool market has been decimated by synthetics. It is at a 70-year low. But it is holding steady there, and it deserves our support. As more consumers become aware of just how devastating microfiber pollution is to our oceans, they’re going to look to you for alternatives. You might even turn back to wool, which just happens to be wonderfully biodegradable, annually renewable, flame-extinguishing, stretchy, a great insulator, and it even filters air pollution. If only you hadn’t spent the last decade telling your customers just how terrible wool is, why they desperately need to buy anything but it. Woopsie. Your pivot will be twice as hard. So I urge you, start now. Speak of wool honestly and positively in your materials. Cultivate tomorrow’s customers now. It’s possible, it’s the right thing to do, and I will be happy to help you in any way I can.

2Dean Foods drops more than 100 dairy farmers
Citing “indisputable dynamics” in the economy and dairy industry, Dean Foods sent a letter in February to more than 100 dairy farms in eight states — including 42 in Pennsylvania and 10 in Ohio — terminating their milk contracts with the company, effective May 31. The dairy farmers struggled to find a new home for their milk, and some opted to sell their cows instead.

3Dairy exodus: Ohio has lost 172 dairy farms in 12 months
In October, we reported that Ohio alone has lost 172 dairy farms in 12 months, a drop of 7.4 percent of dairy farms in one year. And the number is sure to climb, as too many years of poor milk prices and unpredictable markets for milk, cull cows, breeding stock, and feed take their toll. Part of the blame goes to basic supply and demand — there are around 9.4 million dairy cows in the U.S. and that production outpaces domestic consumption.

The spotted lanternfly poses a threat to crops, timber and ornamental plants. The plant species counted as hosts include grapes, peaches, apples, dogwood, maples, walnut, oak, hops, ornamental trees, pines, vines and its favorite host, the Tree of Heaven or ailanthus. In addition, it was also observed feeding on soybean and corn crops in Pennsylvania last year. 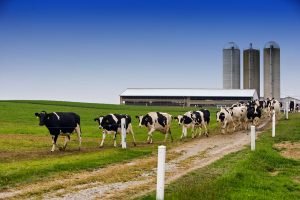 5How much longer can dairy farmers survive?
It’s no secret that dairy producers have been struggling. In the past decade, milk prices have swung from lows of $10 per hundred pounds, to record highs above $20. The problem is when prices stay low, year after year, as they’re doing right now.

So the question remains: How much longer can dairy farmers survive?

6Fired Ohio ag director speaks about what happened
Ohio Gov. John Kasich fired his agriculture director in October, just three months before the end of the governor’s term, apparently for disagreeing with the governor’s plan to declare watersheds in distress. David Daniels was appointed agriculture director in February of 2012, but said he had issues with the logistics and practicality of declaring eight watersheds in distress. Those same issues were communicated by farmers and non-farmers, and at the end of 2018, a distressed designation was still up in the air, as well as the rules intended to govern the designation.

8Wiles lagoon stirs debate in Wayne County
In a rural community in north central Ohio, emotions have run high ever since a 10-million-gallon waste lagoon was proposed by Quasar Energy back in March. The company unveiled plans for an earthen-lined storage pond intended to hold both anaerobically digested biosolids and up to 300,000 gallons of hog manure annually from the landowner’s hog farm. Farm and Dairy reporter Chris Kick got all the details on the project. You can find them here: Wiles lagoon stirs debate in Wayne County.

9Wayne County Fair makes changes amid heavy rains
Ohio had one of the wettest years on record, so it’s no surprise some quick thinking and shuffling was required during fair season. By the end of the first day of the Wayne County Fair, several hundred head of livestock were sent home for fear of flooding, and the outdoor entertainment was cancelled. Fortunately, alternate plans were made as needed and volunteers stepped in to make sure the livestock shows were still able to be held. Read more here: Wayne County Fair makes changes amid heavy rains.