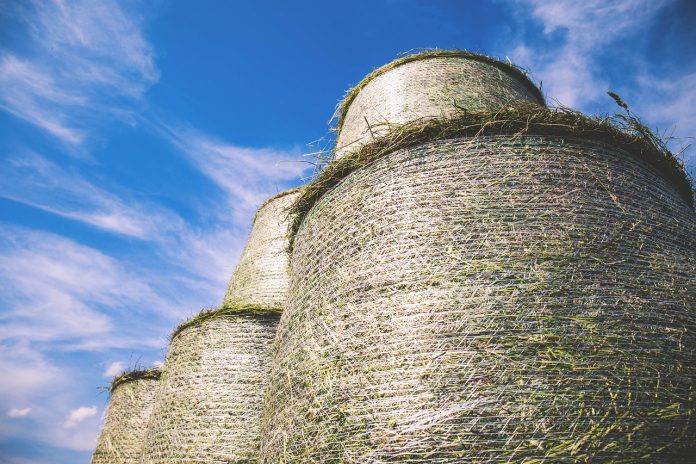 The sun’s steady rise slowly spreads its gathering light on the morning dew until the lawn dances with sparkles and the day with possibilities.

The July dew, soaking wet and glistening bright, almost always promised a day of sunshine, heat, and humidity on the southern Illinois dairy farm of my youth.

Neither forecast mattered much to Jackie. Salaried, he was paid rain or shine, drought or flood.

It did, however, matter to my brothers and me because we had our 50-cents-per-hour pay tied to work. Sunshine brought us dollars; rain brought my father a better corn crop.

The heavy work on those dewy mornings began early.

Jackie, my brothers, and me usually unloaded two, maybe three, loads of square alfalfa bales in the cavernous hay shed attached to the raised parlor where my father and Howard, Jackie’s older brother and our dairy’s herdsman, milked the farm’s 100 Holsteins.

It was a hard beginning to any day and the effort it required brought grunts from Jackie, a small man whose deeply brown arms, neck, and face would glisten with sweat after just a few bales.

He always worked the wagon — tossing bales to those who were stacking in the barn — and said little while working. His silence led to our silence and together we worked like a bale-tossing, bale-stacking machine.

Most mornings we worked so quietly we could hear the milking parlor radio give a weather forecast we already knew.

In between loads, Jackie moseyed to the shady, north side of the tin-clad barn for a brief respite. His preferred method was to squat on his haunches to slowly roll a cigarette and, even more slowly, smoke it to a pinched, brown-stained nubbin.

The break was done when the cigarette was done. Jackie was no slacker.

A couple of hours later, the morning’s dew was gone, the hay stacked, and the cows milked. If there was more hay to mow, my father usually assigned me the job.

Jackie would be directed to mow, chop, and chew through the many acres of “government ground” that the current farm program required us to “set aside.”

These government, or non-farmed, acres grew every weed known to mankind and one, giant ragweed — which we called “horseweed” — was a local specialty.

By late July they were more like trees than weeds, taller than the Oliver 770s exhaust pipe and sturdy with woody stems as thick as your wrist. Worse, all were topped with brooms of yellow pollen.

Those drawbacks — the height of the horseweeds, the hot sun, the choking pollen, the heat of the no-cab, hardworking tractor — combined to make rotary mowing these set-aside acres one of the hottest, dirtiest jobs on the farm.

Jackie often returned at noon soaked in sweat and stained, head to toe, in the fine, yellow pollen. Then, when the alfalfa was fit to bale in the early afternoon, we baled.

After my father left us for the evening milking each day at 4 p.m., Jackie drove the baler while my brothers and I loaded the day’s final two or three wagons before his 6 p.m. quitting time. These were the loads that, like the dew, would await us in the morning.

Back then each day’s quiet, hard work delivered clear, solid results. No one shouted. No one called anyone any names. No one bragged.

We worked because work was required. It was that simple. And, no, the times weren’t better than today. We, however, were.