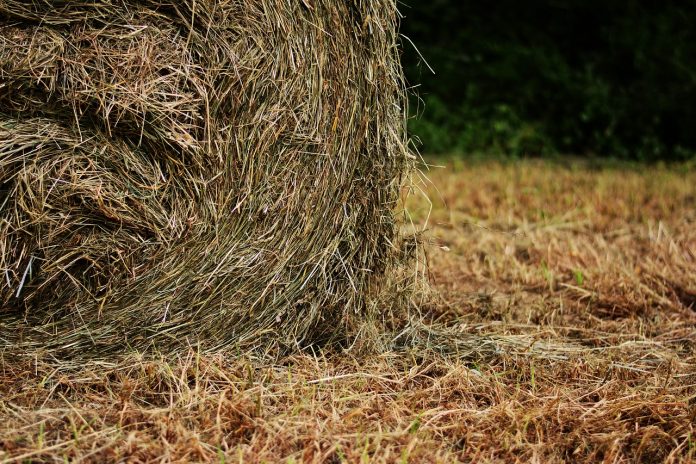 Winter has certainly arrived and, according to a certain groundhog, we are going to have six more weeks of it. However, according to the Weather Channel, he has only been correct 40% of the time over the past decade. Conversely, Benny the Bass at Buckeye Lake predicted an early spring three days earlier.

Either way, we cannot change the weather conditions before spring arrives. What can be done this time of year is to take inventory of remaining hay supplies to make sure there is enough until pastures green up regardless of what weather conditions occur. Purchasing additional hay at this time of year will more than likely be one of your most expensive choices. If you have bought just about anything lately, a common theme is, “it will take how long to get it,” along with “it’s how much.”

Forage availability in this part of the state seems to be adequate for this time of year. According to the annual release of hay and forage report from the U.S. Department of Agriculture, national hay stocks were at about 79 million tons, down 6% from the previous year. Much of this was due to the droughts in western states. However, Ohio stocks were reported up 7.7% at 1.4 million tons.

In a recent article four national testing labs, results were compared from different regions of the United States. Legume forage protein and relative feed quality (RFQ) averaged 19.93% and 149 respectively nationwide. This part of the country resulted in 20.11% protein and 146 RFQ. Grass forages averaged 15.24% protein and 128 RFQ. For our region, grass forage protein was 15.78% with an RFQ of 135.

Although the quality of forages tended to be normal this past year, you still should have your forages tested to know the quality you have. Weather conditions last year were good for most to get forages harvested in a timely manner. I have seen a few results where energy levels are low and additional supplementation was needed.

Before you run out

If you determine you are going to be short and are unable to find forages to purchase, you should adjust now before running out. Consider culling marginal animals or using by-product feeds such as soy hulls or corn distillers grain. Substituting corn or soybean meal is an option but may be an expensive alternative.

Grain usually contains readily available starch. Grain sugar and starch ferments rapidly in the rumen and may lower rumen pH, resulting in reduced feed intake and digestibility of forages. Certain feeds such as soybean hulls, corn gluten feed, beet pulp and brewers grains are satisfactory energy sources, but the starch is more slowly degraded and does not alter rumen pH to the same degree as grain sources such as corn.

The recent stretch of low temperatures has certainly increased forage intake. No one saw the current situation coming or knows how long it will last. Constantly adjusting to what natural forces change around us, we just need to remind ourselves we can only control what we can manage. Small changes can make big differences.