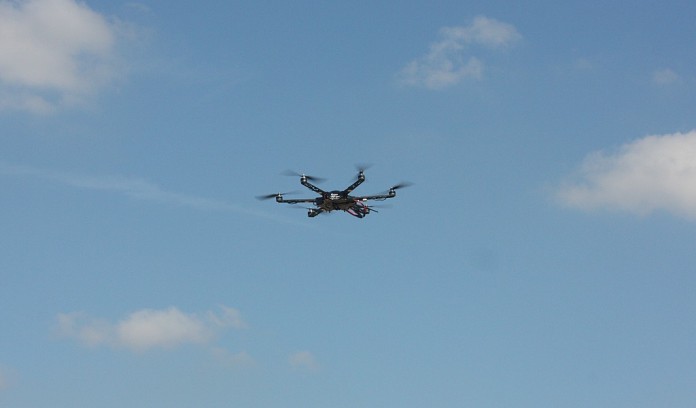 Drones are relatively new on the farm scene, so the Federal Aviation Administration continues to amend the regulations based on evolving uses.

On the farm, they are being used to check fields and scope and engineer tiling plans.

Three in four U.S. farmers, 74 percent, are currently using or considering adopting the technology to assess, monitor and manage their farm, according to an April 2018 Munich Reinsurance America survey of 269 U.S. farmers.

The survey reports about half of the farmers own their own drone and the other half contract with an outside company.

If you’re interested in a birds-eye view, here are some tips on selecting the drone that’s right for you.

“I’m no camera guru, but you can tell the difference. When I show my screen to others, many comment what a great picture it has,” he said.

2Distance
Although drones are supposed to stay with in the driver’s sight, Thiele’s drone can go 4 miles. This distance allows him to check all of his fields while he stands in the yard.

Other farmers have fields in a larger radius, so they would have drive to their fields anyway.

Some less expensive drones only go about a half mile, so you’ll want to know the distance the drone can handle.

3NVDI
Normalized difference vegetation index is a numerical indicator that uses the visible and near-infrared bands of the electromagnetic spectrum.

This technology has been adopted to analyze remote sensing measurements and assess whether the target being observed contains live green vegetation or not.

If you are interested in using this technology, even down the road, you’ll want to make sure the drone you purchase is compatible with such software, Thiele’s drone is, but he hasn’t yet purchased it.

With NVDI, you can assess crop damage, stress, drought, wind or hail damage.

4Speed
Though speed may not be as crucial in the decision-making process, it is something to note. Some drones top out in the upper 20 mph, while others can reach speeds near 50 mph with a tailwind.

Beginners are cautioned to go slow until they get used to operating the drone. Most drones have object avoidance, Thiele said, so it’s difficult to crash them, but it can be done.

5Battery life
Thiele’s first drone lasted about 20 minutes and his current drone lasts about 30 minutes. “It doesn’t seem like a lot, but 10 minutes is 10 minutes.”

You’ll want to know the average battery life. Thiele has two batteries, so he is able to last about an hour in the air if needed.

Even with the drone’s find home feature, he doesn’t let the battery get run down. As a safety feature, if the drone has 10 percent battery left, it will automatically come back.

6Moving target
Drone technology is always changing. The drone Thiele has is close to the top of the line, but he expects within a year there will be something better on the market. Like a smartphone, when purchasing a drone you’ll want to ask when the next version is being released and what the upgrades are from the previous version.